The legacy of the Tuskegee syphilis study

There are several events in the history of research ethics that have had an impact on how we think about the ethical conduct of research in the 21st century. Amongst these will be the Nuremberg Trials and subsequent Nuremberg Code of 1947, the publication of Maurice Pappworth’s ‘Human Guinea Pigs’ in 1967 and the publication of the Declaration of Helsinki in 1964. There is one event, however, that stands out because of the duration of the research and because of its enduring impact on the history of research ethics; the Tuskegee Syphilis Study. The legacy of the Tuskegee Syphilis Study will be explored in the second in this series of Clinfield blogs. 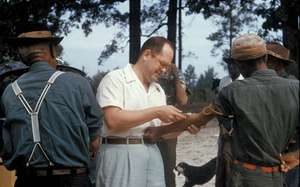 Participants in the Tuskegee Syphilis Study having blood samples taken

In 1932 the US Public Health Service and the Tuskegee Institute recruited 399 black men into study in which the researchers planned to observe the natural history of syphilis at a time when there was no effective treatment. In return for participating, the men were offered free healthcare, food and burial insurance. In 1932 the plan was that the study would last for only six months but by 1936 it was decided to continue observing the participants until their deaths. Penicillin became available as an active treatment for syphilis In 1947 but participants in this research were not treated and suffered terribly until they died and were even allowed to pass the disease on to their children. 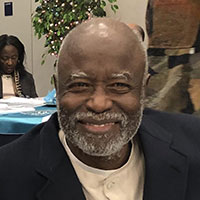 Earlier this year (17th February 2019) Dr Bill Jenkins died. He joined the US Public Health Service in 1967 and the Tuskegee Syphilis Study soon came to his attention.  Bill Jenkins blew the whistle and worked hard to bring the study to public attention. In 1972 the New York Times published a story with the headline ‘Syphilis victims in US study went untreated for 40 years’ and very soon, after a public outcry, the study came to an end. Bill Jenkins then led the campaign to get an official apology which finally came in 1997 when five survivors were present at the White House when President Bill Clinton made a public apology.

This study is important in the history of research ethics and raises a number of important issues that will be considered by answering the following three questions:

1. Was consent freely given and informed?

By modern standards, the participants in this research gave consent that was neither freely given nor informed. The men recruited in 1932 were extremely poor so the offer of free medical care, food and the payment of burial expenses would have made it very difficult for them not to agree to participate when invited. It is also clear that any decision to give consent was not adequately informed. The men were not aware that they were not being treated for their syphilis and from 1947 they were not informed that an effective treatment had become available. Researchers are no longer in any doubt about what is expected when seeking freely given informed consent or that giving informed consent does not happen at a single point in time. Tuskegee offers one of the clearest examples of the consequences of getting this wrong.

2. When does research become unethical?

When the Tuskegee Syphilis Study started in 1932 it might have been possible to argue that the observational study was ethical but by 1947 no such argument could have been made. This study highlights that what might be ethical at one point in time might become unethical as circumstances and knowledge change. Research normally only has scientific value and can be described as ethical when the potential for benefit outweighs the risk of harm. It is difficult to judge what ethical discussions the US Public Health Service might have engaged in whilst planning this research but those discussions should have been revisited when treatment became available. Current ethical review processes require that researchers declare what action will be taken should new information become available. Most importantly, any new information will be shared with participants and informed consent revisited.

3. Who is best positioned to determine what is ethical … and what is not?

This study highlights that whilst researchers should consider research ethics when planning and conducting their research, they are not always in the best position to determine what might be considered ethically acceptable and what is not. A Research Ethics Committee would undoubtedly have wanted to be reassured that participation in this research would not result in anyone being deprived of an effective treatment, which was clearly not the case by 1947. If there had been meaningful ethical oversight, perhaps through interim or annual reports, the ethical problems encountered in continuing this study might have been raised sooner with the researchers and the harm caused to participants might have been reduced.

The next blog in this series will consider the legacy of the Nuremberg Code published in 1947.

← What can the history of research ethics teach us? The Nuremberg Code (1947) →